The Brooklyn Eagle made a terrific little film about me — and Washington, and the Brooklyn Bridge, and Chief Engineer…

“Ms. Wagner’s writing is graceful, even evocative, conveying a mellow admiration of Washington Roebling that suits the man… A welcome tribute to the persistence, precision and humanity of Washington Roebling and a love-song for the mighty New York bridge he built with the help of his pioneering, if irascible, father.” — Allen C. Guelzo, The Wall Street Journal

“Washington’s dry wit and even tone give life and personality to Wagner’s already enjoyable prose. The book is also peppered with cheerfully informative footnotes. Perhaps best of all are the quotations from Washington’s letters (including crossed-out lines), which offer unfiltered insight into the mind of a long-dead luminary of American innovation.” — The New York Times

Chief Engineer, my biography of Washington Roebling, builder of the Brooklyn Bridge, is published by Bloomsbury on both sides of the Atlantic. I’m Consulting Literary Editor for Harper’s Bazaar; and a Contributing Writer for The New Statesman, as well as writing for The Financial Times, The Economist, The New York Times… I am Lead Editorial Innovator at Creatd, Inc: check out some of what we do on Vocal. Follow me @EricaWgnr on Twitter and Insta!

“In this keenly observed and deeply felt biography, Erica Wagner brings Washington Roebling to life, examining both the rigorous mathematics and the complex psychology involved in envisioning one of mankind’s greatest built monuments.  The narrative is intensely absorbing, the prose tremendously clear, and the characters genuinely unforgettable.  This is history of the first order.” —Andrew Solomon, author of The Noonday Demon and Far From the Tree

Read an exclusive story, Explosive, published by my friends at Boundless. A tale of love and war, of bridges and marriage… 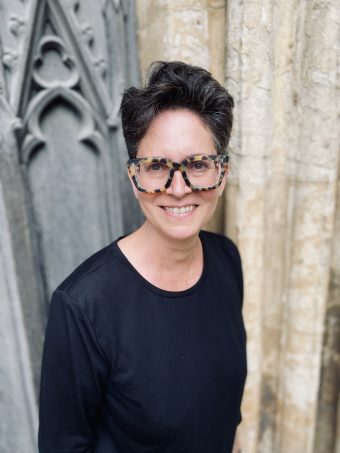