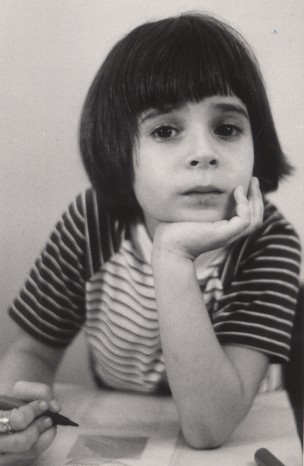 I was born in New York City, grew up on the Upper West Side and went to the Brearley School. My first job was helping my Mom answer all the fan mail for The Muppets; I can slit open one envelope and slip a picture of Miss Piggy into another like nobody’s business. I came to England in the 1980s — I went to St Paul’s Girls’ School, then on to Cambridge, and finally to the University of East Anglia, where I was taught by the late Malcolm Bradbury and by Rose Tremain.

I live in London where I write and edit and cook. My first book was a collection of short stories, Gravity (Granta, 1997) and three years later, following the publication of Ted Hughes’s Birthday Letters, I published a biographical gloss on that book, Ariel’s Gift: Ted Hughes, Sylvia Plath and the Story of Birthday Letters (Faber and Faber; W. W. Norton). My stories have been widely anthologized and been broadcast on the radio; my poems have appeared in the TLS and PNReview. I have collaborated with the French storyteller Abbi Patrix and musician Linda Edsjö on a bilingual show, Pas de Deux, which has been performed across Europe; my novel, Seizure (Faber and Faber, W. W. Norton, 2007) is published in France as La Coupure (Editions Au-delà du raisonnable). I edited a collection of pieces in praise of Alan Garner, First Light, published by Unbound; and my latest book is Chief Engineer, A Biography of Washington Roebling, the Man Who Built the Brooklyn Bridge, published by Bloomsbury.

Over the years I’ve interviewed people like Philip Roth, Seamus Heaney, Jodie Foster, Buzz Aldrin, Doris Lessing, Donna Tartt, Maurice Sendak, Chimamanda Ngozie Adichie, Philip Pullman, Gitta Sereny, Paul Auster, Alan Garner, Peter Ackroyd, Bill Bryson and Nick Hornby, to name a few; most of those piece appeared in The Times. I review regularly for The New York Times, and also appear frequently on the radio and on television. I’ve been a guest on such programmes as (in Britain) Today, Front Row, The Culture Show, and (in the USA) Charlie Rose and Larry King Live.

I’ve judged many literary prizes; the Man Booker in 2002 (when the winner was Yann Martel’s Life of Pi) and in 2014, too; the Orange Prize, the Goldsmiths Prize, the Whitbread First Novel Award, and the Forward Prize. I was Eccles British Library Writer in Residence in 2014. I love to listen to stories as well as read them, and seek out fine storytellers from all over the world.

I’m now a Lecturer in Creative Writing at Goldsmiths College, in London. I’m married to the writer and commentator Francis Gilbert, author of I’m a Teacher, Get Me Out of Here!, Teacher on the Run, Yob Nation and Working the System: How to Get the Very Best State Education for Your Child. We have one son, who is now alarmingly large.